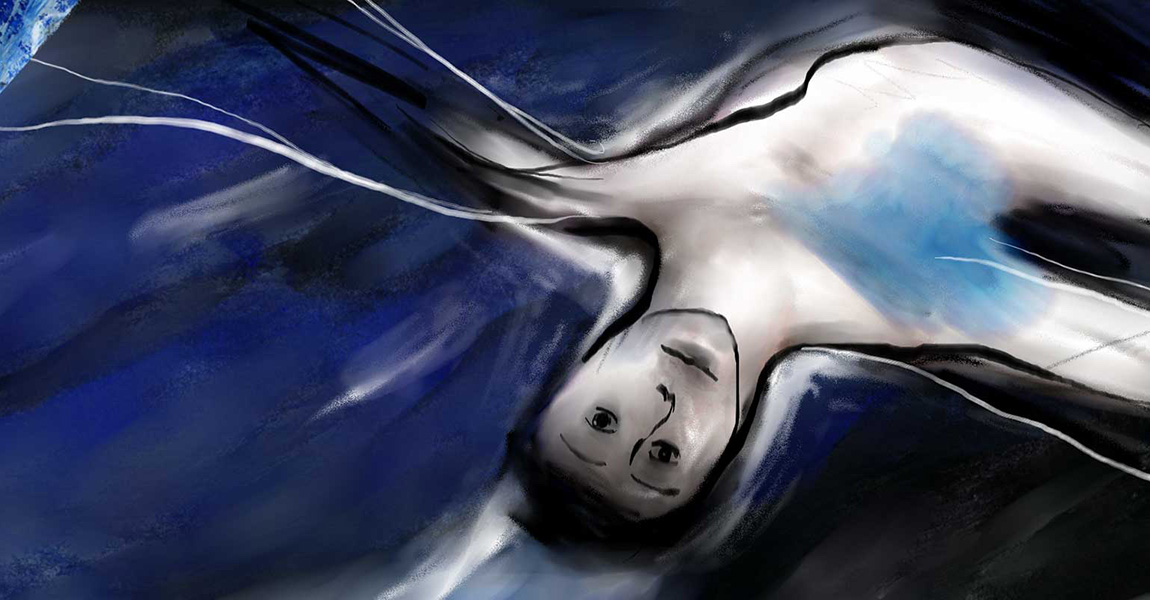 In the form of an animated docu-drama, the biography of Adam Jacek Winker wonders through nearly half a century of history. A Polish refugee in Paris, Adam lived a boundless life, wanting to change the world.

His adventurous life takes a radical turn in the 80s, as he visions himself a knight of the 20th century and leaves France to fight with both amateurism and courage, alongside commander Massoud against the Soviets in Afghanistan.

In the light of September 11th, 2001, his fate mirrors the individual’s destiny in relation with the history unfolding and also the introspection of a man on his own fate.

THE MAGIC MOUNTAIN had the World premiere in Annecy 2015, and the international premiere in Karlovy Vary IFF in the main Competition where it received a Special Mention of the Jury.

The Magic Mountain wins the Grand Prix des Festivals in Cervicino (Italy) in and Special Mention of the Jury in [...]

We found this film to be a challenging, artistic blend of diverse animation styles that so perfectly, and [...]

Audentia Award for The Magic Mountain

The first edition of the Audentia Award for best female director created by the Council of Europe's Eurimages Fund [...]

Two retrospectives of the animated documentaries of Anca Damian, Crulic - The Path to Beyond and The Magic [...]

Anca Damian has been nominated for The Council of Europe's Eurimages Fund Audentia Award for Best Female Director [...]

Alexander Balanescu receives the Gopo Prize for the Best Music, for The Magic Mountain.

The Magic Mountain had the premiere in the French cinemas. [...]

The Magic Mountain receives the Special mention of the Jury in Ottawa, and is selected in San Sebastian International [...]

The Magic Mountain has the World premiere in Annecy International Animation festival as a Special Event.

On The Magic Mountain at ANIMATEKA 2015

Source: https://madaboutfilm.si
Publish Date: 2 January 2016
Author: Recenzije Paraskevi Karageorgu
The Magic Mountain is an animated epic, which compels not only with the explosion of animation creativity, but with the deep sense of humanity, that cannot be without giving a meaning to life.

“The Magic Mountain is a work of overwhelming artistry”

‘The Magic Mountain’: „An endless variety of styles further obscures an unfocused story.”

Source:Variety
Publish Date: 9 July 2015
Author: Will Tizard
“This is what is extraordinary in animation. You can have a kind of surreality using real elements, mixing them with drawings, and create a world.”

Source: variety.com
Publish Date: July 9, 2015
Author: Will Tizard
“This is what is extraordinary in animation,” says the writer/helmer/producer. “You can have a kind of surreality using real elements, mixing them with drawings, and create a world.”

The Magic Mountain: An exploration of an exemplary destiny

Source: cineuropa.org
Publish Date: June 7, 2015
Author: Stefan Dobroiu
„The film is a captivating exploration of an amazing destiny: Adam Jacek Winkler, a Polish artist and anti-communist who will find himself fighting against the Soviet invaders in 1980s Afghanistan.”

We use cookies to ensure that we give you the best experience on our website. If you continue to use this site we will assume that you are happy with it.OkRead more